Euphoria star Jacob Elordi has revealed that he “went to war” with Netflix over the lack of smoking in The Kissing Booth.

Speaking with GQ, the actor revealed that he treated Beth Reekles’ The Kissing Booth book series as a “sacred text”.

In the books, his character Noah smokes and Elordi has revealed that he butted heads with Netflix over the decision to omit cigarettes from his storyline.

“I remember saying, ‘He smokes in the book. I need to smoke. He needs to have cigarettes. He’s a bad boy.'”

But, according to Elordi, Netflix didn’t cave and told him that Noah wouldn’t be smoking in the film franchise.

“I was like, ‘This is bullshit’,” the actor revealed, adding that he fought hard to change their minds. “I remember going to war for it.”

“I was like, ‘Are we lying to the f***ing millions of 14-year-olds out there? This guy smokes nicotine. It says here on page four – look!’ I imagine people were just like, ‘Jesus f—ing Christ. Is this guy serious?'” 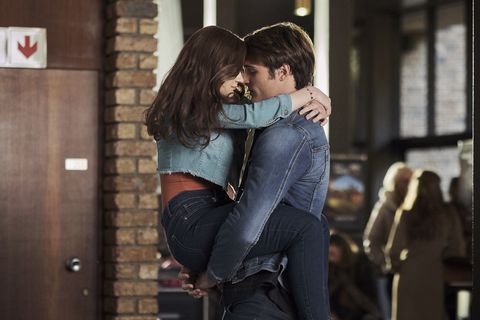 Elordi appeared in Netflix’s The Kissing Booth 3 last year and the movie quickly rose to the top of the most-watched lists on Netflix.

The third film saw Elle (Joey King) finally decide what she wanted to do with her future. Elle chose not to go to Harvard with Noah or to Berkeley with Lee (Joel Courtney) and instead went to study video game design at USC.