You’re probably wondering who that woman crashing through the courtroom like the Kool-Aid Man in She-Hulk: Attorney at Law was. Although she didn’t announce herself, it was very clear that she was played by The Good Place star Jameela Jamil. And rest assured, we’ll be seeing this troublemaker again.

In the Season 1 premiere of She-Hulk, we meet Jennifer Walters (Tatiana Maslany), Bruce Banner’s cousin and now, a certified Hulk after a car accident causes her blood to mix with Bruce’s and turns her into a big green monster, just like her cousin.

But Jen doesn’t want to be a superhero. She just wants to go back to her regular life and focus on her career as a lawyer. Still, Bruce stresses to Jen that she can’t go back to the way things were before she became a Hulk. Everyone around her is now in danger, and trouble will have a way of finding her.

After training in Mexico at Bruce’s little vacation home to acclimate to her new abilities(and trying out his delightful-looking Tiki bar for size), Jen heads back into the real world and returns to her job as a Los Angeles lawyer. But as she’s about to give her closing argument for a career-making case, a woman suddenly bursts into the courtroom and begins destroying the place. So what does Jen do? Turn into the Hulkm of course. She defeats the woman and we see police officers handcuffing her and taking her away. But who is that mystery woman and what does she want?

Here’s everything we know about Jameela Jamil’s character on She-Hulk so far. We’re going to share some comic book background on her too, so if you don’t want potential spoilers, tread carefully.

Cable sitcom fans will probably recognize She-Hulk’s villain from the Kristen Bell-led comedy The Good Place, about a woman who dies and is surprised to find out she’s made it to the Good Place, aka Heaven. While she tries to make sense of her predicament, she meets her soulmate and finds friends and enemies along the way. Jamil plays Tahani Al-Jamil, a delusional and wealthy socialite who also met her untimely end.

Aside from her role on The Good Place, Jamil also has a plethora of voice acting credits, appearing in Animaniacs, DC League of Super Pets, and Harley Quinn.

Titania is a significant Marvel supervillain. 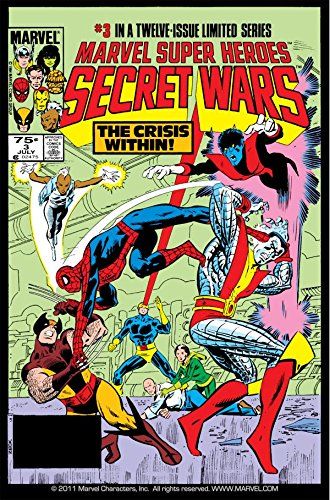 According to Marvel, in the comics Mary McPherran is Titania, a supervillain who gained powers after a run-in with Doctor Doom. Bullied throughout her childhood, Mary always wanted to gain powers and fame. When she and her friend (who becomes Volcana) have to escape their hometown of Denver during the famous ’80s comic run Secret Wars, Doctor Doom offers them a chance to gain superpowers and help his army. Mary agrees and begins her villainous career, battling the Fantastic Four, Captain America, and any other superheroes who get in her way.

Much like She-Hulk, Titania possesses superhuman strength and sports an imposing physique. Although we don’t know what her MCU backstory will be, it’ll be interesting to see if her origins tease Doctor Doom, or if Marvel will put off the introduction of such an important villain until a later date.