The Guardians of the Galaxy Holiday Special is set to be a standalone story, but as many fans have suspected, there will be a nod or two to the upcoming third movie.

As Marvel fans continue to wait (im)patiently for Guardians of the Galaxy Vol 3, writer and director James Gunn has confirmed where the upcoming Holiday Special will fit into the overall Guardians timeline.

In response to a fan’s question about whether the one-off adventure will “set up” the events of Vol 3, James replied that there will be “a lot of fun new facts” about Star-Lord and the gang and what they may or may not have been up to between the events of Vol 2 and Avengers: Infinity War.

Ahead of the Disney+ special’s release later this year, James confirmed via Twitter: “Although the Holiday Special is a standalone story, it contains a lot of fun new facts about what the Guardians have been up to for all these years.”

And it sounds like we should enjoy those ‘fun’ moments when we can, as returning star Karen Gillan recently promised Guardians fans that the threequel will be an “emotional” affair.

“It was emotional making it, for sure,” the Nebula star teased earlier this month. 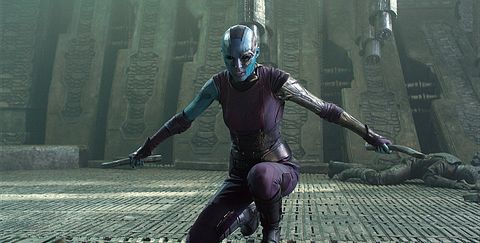 Karen added: “It definitely feels like the most epic. It’s complex, and the characters are having to deal with that. It’s very emotional for all of them.”

Rianne Houghton is a freelance news writer at Digital Spy.

This article was originally published by Menshealth.com. Read the original article here.
Previous Post Monday Musings- What Happens At 60?
Next Post How Naruto Helped Zion Williamson Through the Toughest Year of His Career