That’s how long ago it was when we last saw the character of Emil Blonsky, also known as The Abomination, in a substantial role within the MCU. The character was played by Tim Roth in his first appearance in Kevin Feige’s expansive superhero landscape in 2008’s The Incredible Hulk, and while he was a formidable foe for Bruce Banner/The Hulk (played back then by Edward Norton), it’d be hard to blame you if you didn’t remember what exactly his whole deal is. And now that Roth is returning to the Blonsky role for She-Hulk: Attorney At Law, appearing alongside Tatiana Maslany as Jennifer Walters, it feels like a good time to remind everyone how he ended up in that high-security prison cell.

In Episode 2, Jennifer gets her first big case of the She-Hulk series: Emil Blonsky’s parole. And if that names sounds familiar, it means you’re a big MCU fan—he’s the guy we’ve been talking about. The guy who juiced himself up into a Hulk-ish creature, fighting the Hulk, and destroying most of Harlem in the process. And now he’s up for parole, and it’s Jennifer’s job to get him out. If she takes the case, that is. In the comics, Abomination can never turn back into his human form. But in the version we’re now seeing, he’s a totally different guy with a “namaste” attitude. Are we buying it?

And while all this is interesting—and Roth’s new, mellowed-out take on the former villain is one of the highlights of She-Hulk—you’re probably wondering again: who the hell is this guy? And luckily for you, we remember.

Who is Emil Blonsky, aka The Abomination?

Here’s a quick history of our friend Emil Blonsky (Tim Roth), who would eventually become the villain known as The Abomination. Essentially, to put it in terms of more familiar/recent Marvel lore, he’s pretty similar to Brock Rumlow (Frank Grillo)—except Blonsky is less actively evil and more just unpredictably violent and determined, no matter the cost.

Blonsky is a Russian-born, British-raised man, who rose quickly through the military ranks as a Royal Marine of the British Armed Forces. In The Incredible Hulk, we meet up to him when he’s loaned to United States Special Operations Command on behalf of Thaddeus Ross (William Hurt) who plans for him to lead a strike team to take out The Hulk. When Blonsky’s first attempt to take on the Hulk is fruitless, Ross has him injected with a version of the super-soldier serum that leaves the already unpredictable and determined Blonsky with increased speed and strength.

He keeps up with Hulk for most of the movie, but things get really out of hand when, after later injuries at Hulk’s hands that normal people would never recover from, he gets an even greater dose of the serum, and then storms into the lab of Dr. Samuel Sterns (Tim Blake Nelson) and demands a dose of Bruce Banner’s blood. At this point, we see Blonsky begin to change, with a Dinosaur-esque spine emerging on his back. He transforms for the movie’s climax into a Hulk-ish creature that we call The Abomination.

Of course, Hulk defeats him—but the fight between the two destroys most of Harlem in the process; Blonsky winds up incarcerated, and Banner winds up on the run.

Blonsky was being held in The Vault, a cryo-cell prison in Alaska, under Ross’ official order. Only the highest of SHIELD agents—like Phil Coulson—were aware that he was there. But while he was in there, the Marvel One-Shot film called The Consultant revealed that the World Security Council was advocating for his release—for the purpose of joining the Avenger initiative.

The argument made was that Blonsky would be a worthy member of the team, as he was already a trained soldier, and a war hero. Yes, he acted violently, they argued, but it was all in self-defense against The Hulk, whom he’d been informed was a major threat to national security (this eventually becomes Blonsky’s main case for parole in She-Hulk; we’ll see if he’s really changed his unhinged ways).

Knowing how his true nature, though, Coulson, Tony Stark, and ironically, the HYDRA traitor Jasper Sitwell advocated on SHIELD’s behalf that Blonsky not be selected, and Ross agreed. This, then, led to Bruce Banner’s candidacy for the Avengers.

Yes, The Abomination was in 2021’s Shang-Chi and the Legend of the Ten Rings 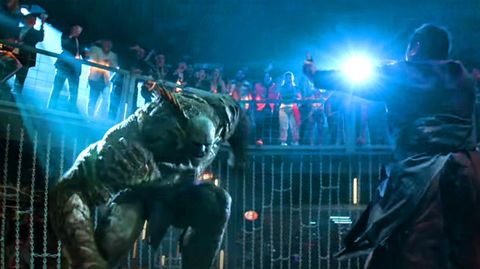 Until She-Hulk, there was only one time since The Incredible Hulk that we saw Blonsky in the MCU: fighting Wong in a cage match at the club owned by Shang-Chi‘s sister, Xialing, in Shang-Chi and the Legend of the Ten Rings.

We don’t get any explanation for how Blonsky and Wong found each other—though clearly there’s a relationship there, as Wong calls him “Emil”—but their bout ends with Wong victorious. She-Hulk fully explains this appearance in future episodes—stay patient, friends.

This article was originally published by Menshealth.com. Read the original article here.
Previous Post Michigan Officials Puzzled by Mysterious Deaths of Dogs
Next Post The Business of Being Evan Mock Is Booming