The following story contains spoilers for Episode 4 of She-Hulk: Attorney at Law.

Through its first four episodes, She-Hulk: Attorney at Law has basically been what was sold: a fun legal dramedy version of a Marvel Cinematic Universe show, complete with an origin story, a returning villain who’s got a point, and some fun story-of-the-week stuff, complete with easter eggs. But as we move forward, we still know there’s something exciting on the way—perhaps even more exciting than Wong dancing to The Sopranos theme song. People have been wondering where another superhero lawyer who was already teased in the show’s trailer has been, and luckily, it seems like the time is upon us. Daredevil (Charlie Cox) can’t be far away.

Daredevil’s inclusion in She-Hulk was always something that made sense, even if he’s famously based in Manhattan (Hell’s Kitchen) and She-Hulk is set on the West Coast; just as Tony Stark, Bruce Banner, and Reed Richards are Marvel’s most prominent scientists and inventors, Jennifer Walters and Matt Murdock are Marvel’s most prominent lawyers. It just makes sense to bring them together.

And while we knew that Daredevil would be a part of She-Hulk (he’s in the trailer rocking a new red and yellow suit), we didn’t know at what point he’d be making his way into the story. But now, it seems clear, as the show seems destined for its next significant arc. Titania—remember her?—is suing Jen for copyright infringement, claiming she’s using the She-Hulk name (which she’s apparently trademarked herself) without the right to. Sounds like something someone might need the help of A Really Good Lawyer for!

Will Daredevil be in She-Hulk Episode 5?

After making his official debut in Spider-Man: No Way Home, Charlie Cox seems primed to enter the MCU in a more substantial way in the coming weeks of She-Hulk. Could that be in Episode 5? 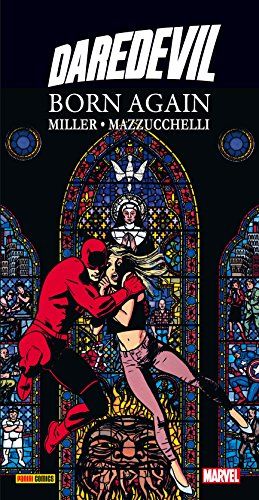 One issue in the way is the fact that Matt Murdock—despite doing some damn good work for Peter Parker (who?) in No Way Home—is kind of a low-profile, low-rent lawyer based out of a crappy office in Hell’s Kitchen. So it would be a little tricky to think of a way that he would make his way out to California for a high-profile case. However, this is major superhero law stuff, and he is a superhero lawyer. Plus, we at the very least have 2024’s Disney+ series Daredevil: Born Again to set up, along with a likely appearance in next year’s Echo series (Echo’s origin comes from Daredevil comics written by Brian Michael Bendis).

Think about it how Jesse Pinkman put things in Breaking Bad when talking about Saul Goodman: do you want a criminal lawyer, or a criminal lawyer? If you were in this case, do you want a superhero lawyer, or a superhero lawyer? Matt is flying under the radar, but maybe he makes his way out west when he figures out there’s a situation where he could be of use.

Jen is obviously capable of doing lawyer things, but maybe in a situation where she’s being sued by someone who seems to have significantly more resources than her—we’ve seen Titania described as an influencer on the show—she looks for some outside help, and hears through some backchannels about that blind lawyer who helped Spider-Man (who?) get out of whatever Mysterio trouble he was in.

It’s also possible that Matt is the lawyer working for Titania. He doesn’t feel like the type who’s going to be working on the behalf of a vapid, villainous influencer, but maybe he’s got some sting undercover plan. That feels like a very comic book plotline—Matt comes in as Titania’s lawyer, pisses Jen off, only to later reveal that he’s Daredevil and they’re really on the same side at the end of the day. Did I just crack it? We’ll have to see.

This article was originally published by Menshealth.com. Read the original article here.
Previous Post News Anchor's Stroke on Live TV a Reminder: Know the Signs
Next Post The Best Masturbator Toys Will Put You in Better Hands