Latest:
Is it too Early to Think about Winter Biking? Ebon Moss-Bachrach Has Perfected Playing Dirtbags—Now, He's a Dirtbag in Space If you love dark brown, this is your year… Shark Tank's Perfect Pizza Pack Has Gone Viral, So Grab It Before It's Gone!

Anyone skipping Marvel’s television shows won’t generally miss major MCU events–those tend to be saved for the movies. Still, there’s a large swath of cameos and references which only further enrich the Marvel Cinematic Universe and act as smart breadcrumbs leading to the introduction of future villains and superheroes.

Episode 6 of She-Hulk is a mostly standalone story, where Jen (Tatiana Maslany) goes to a childhood friend’s wedding (Patti Harrison is the bride to be). Her main conflict is struggling whether or not to turn into She-Hulk with Titania skulking about and how she can have the most fun without a plus one. The major plot development is only mentioned in passing toward the end of the episode, but could be a teaser for villains to come.

At the end of the episode, Jen’s paralegal and best friend Nikki leaves her a frantic voicemail message where she explains that there’s an entire website called Intelligencia (which seems a bit like Reddit meets 4chan meets the Dark Web?) where people seemingly go to post weird videos (like Mr. Immortal slamming into a car) and complain about superheroes. The most alarming posts seem to be death threats targeted at She-Hulk.

Right after, we get another clue: a mysterious lab is preparing an even bigger needle to pierce She-Hulk with to try and get her irradiated blood. We don’t know who the leader of the Wrecking Crew is just yet, but Episode 6 appears to give one more teaser before the show does a major reveal. It could be tied to Intelligencia and the powerful villains attached to the name.

So, what is Intelligencia? It’s more than an ominous website for disgruntled citizens in a superhero world. In fact, it could be a key to some of Marvel’s most powerful villains.

What Is Intelligencia in She-Hulk in Episode 6?

According to Marvel (and the always helpful Marvel Fandom Wikipedia), Intelligencia is a rotating group of supervillains including M.O.D.O.K., Doctor Doom, and Egghead, who first appeared in 2009’s Fall of the Hulk: Alpha #1. Their first job together was to steal various parts of the Library of Alexandria, which resided in all over the world, including in Wakanda. 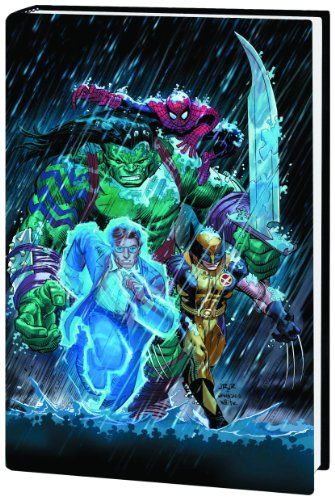 The group’s first leader was named, well, The Leader, (also known as Dr. Samuel Sterns). OG MCU fans might remember that name—in the comics, he fell victim to a radioactive accident that turned his skin green and gave him genius-level intellect and a massive cranium.

In 2008’s The Incredible Hulk, the character appeared in Dr. Samuel Sterns form, played by Tim Blake Nelson. However, last we see of him in the movie, some of the Hulk’s Gamma-radiated blood drips onto an open cut on his head, and we see him begin to morph. And for a while, it seemed like that was the last we’d see of him—until recently when it was announced that Nelson would be returning as The Leader in Captain America: New World Order, presumably as the main villain. Could we see The Leader in She-Hulk after some more of that sweet, sweet, blood? Crazier things have happened. 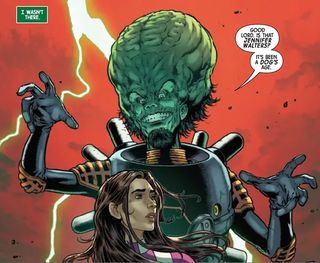 The last time Intelligencia appeared in the Marvel Comics was in 2017’s Infamous Iron Man #6, when Doctor Doom appeared to turn heroic, rounded up the team’s members and took on the mantle Iron Man. In the wake of the disbandment, the New Intelligencia arose, which is an active team as of Monsters Unleashed (Vol. 3) #1 in April 2017.

It’s not clear yet on She-Hulk if we’ll be seeing the big-headed M.O.D.O.K. (who is said to be appearing in Ant-Man and the Wasp: Quantumania) or if perhaps we’ll even get some first hints at Doctor Doom. But it’s a fun reference which may or may not prove to be the first reference to a major team.

This article was originally published by Menshealth.com. Read the original article here.
Previous Post Are Transgender People at Risk of Breast Cancer?
Next Post Pierce Brosnan on Being James Bond, Working with Robin Williams and Singing with Meryl Streep

Men Over 40 Can Lie Down to Strengthen Their Shoulders

I hope not, because I am thinking about it a lot right now. In some ways, I am very…

If you love dark brown, this is your year…