Latest:
Denmark’s Toned-Down World Cup Jerseys Are Designed to Protest Host Country Qatar The Newest Apple TV Device Is at Its Lowest Price Ever The 12 Best Fitness Watches That Will Optimize Any Workout Is it too Early to Think about Winter Biking?

It’s no secret that the idea of The Thunderbolts—Marvel’s best-known team of supervillains and/or anti-heroes that were first introduced in a stunning comic in the ’90s—have been firmly on the mind of MCU fans. The inklings had been there ever since Val (Julia Louis-Dreyfus) made it clear to both John Walker (Wyatt Russell) and Yelena Belova (Florence Pugh) that she would be putting together some sort of team in 2021’s The Falcon and the Winter Soldier and Black Widow respectively, but the hype hit a new level at San Diego Comic Con 2022, when Marvel Studios President Kevin Feige officially announced that a Thunderbolts film would be coming in 2024.

That speculation made even more sense when thinking about the central story of She-Hulk: Attorney at Law, and the fact that Emil Blonsky/The Abomination (Tim Roth)—known, essentially, as an evil version of The Hulk—would be a key figure. This is just the next step in that Thunderbolts process, right? Add the fact that She-Hulk is introducing a villain team, and it all just seems to add up easily. Too easily, it turns out—as She-Hulk was indeed adding a villain team, but rather than the mighty Thunderbolts, it turns out to be a group of construction worker-looking bozos called The Wrecking Crew. And these bozos enter the fray looking to give Jennifer Walters/She-Hulk (Tatiana Maslany) some trouble in the night. And they’re no match for her—not even close.

After an episode that saw Jen get Blonsky granted parole from his incarceration and an Asgardian Megan Thee Stallion imposter exposed for deception, Jen is walking in the night when she’s attacked by four guys with weapons that Jen implies are of Asgardian nature, but look closer to the Chitauri tech that we’ve seen before in The Avengers and Spider-Man: Homecoming (with the Vulture and his crew). They attack her, and while she quickly fights them off, it’s clear that this is a story that’s not going away—a quick reference reveals that they were trying to puncture her skin, presumably to steal her Gamma-infected blood. And that their “boss is gonna be mad.” Who’s that boss? We’ll find out—but in the meantime, definitely have some ideas.

Who is the Wrecking Crew’s Boss in She-Hulk?

We don’t know much right now about the Wrecking Crew aside from the fact that they seem to be dressed like…construction workers? And when Jen made a joke asking if they robbed an Asgardian construction site, they seem to just say…yes, yes we did.

Anyway, though, as mentioned above, while their weaponry is claimed to be of Asgardian nature, it does appear to be closer to the Chitauri weapons that we saw the Vulture’s outfit dealing back in Spider-Man: Homecoming. Could that be a clue? It’s also clear that they’re trying to get Jen’s blood, as Thunderball (yes, that’s the guy’s name) held up a device and said that he couldn’t puncture her skin.

Here are a few guesses on who could be in charge of this crew of schmucks.

This is the most obvious guess. We know that Titania (Jameela Jamil) is set up to be the main villain of She-Hulk: Attorney at Law, and is clearly going to have a bigger role than just going full Kool-Aid Man in the first episode and being quickly disarmed.

We know that she’s a social media influencer of sorts, so it would make sense that she would have the means to hire goons like this. And we also know that she’s seen She-Hulk up close and personal, and may be somewhat jealous of the strength that was able to so quickly defeat her. Maybe she’s working with someone else (see a bit lower on the list!) who let her know that she can have that strength too—if only she can get Jen’s blood.

Val’s putting together a team. We know this. She’s already planted seeds with her own Captain America (John Walker/US Agent), and her own Black Widow (Yelena Belova). So why not keep running down the list and get her own Hulk? Sure, she could just reach out to Mr. Power Hungry Soldier Emil Blonsky himself, but his public persona right now seems to be that he really has changed (Namaste!).

So maybe Val has some people out to get Jen’s blood so she can make her own Hulk, just for the Thunderbolts.

The weapons that the Wrecking Crew have look just like those he salvaged from the Battle of New York and made lots and lots of money from. There are just two problems here: first, he’s in jail. Second, uh, well, in the nonsensical credits scenes of Morbius, he gets transferred into Sony’s Spider-Man universe. So he might not be the most logical guess, at least for now.

We haven’t seen Samuel Sterns (Tim Blake Nelson) since 2008’s The Incredible Hulk, but we’ve already brought back one of that movie’s key characters, so what’s one more? Last we saw, his head was starting to mutate into a giant size from Gamma radiation. He was also the one who told Blonsky that Bruce’s blood could transform him. Maybe he’s still out there somewhere, and either working on his own volition or advising someone like Titania.

No real logical reason why it would be the Kingpin (Vincent D’Onofrio) outside of the fact that he is known to be the boss of quite a few thugs on the street level, and Marvel could be setting him up as the ultimate villain on the TV side—we know he’ll be showing up again in Echo and Daredevil: Born Again. That said, he’s more of an east coast guy, and She-Hulk is a west coast thing. So maybe not!

Who are the Wrecking Crew in the Marvel Comics? 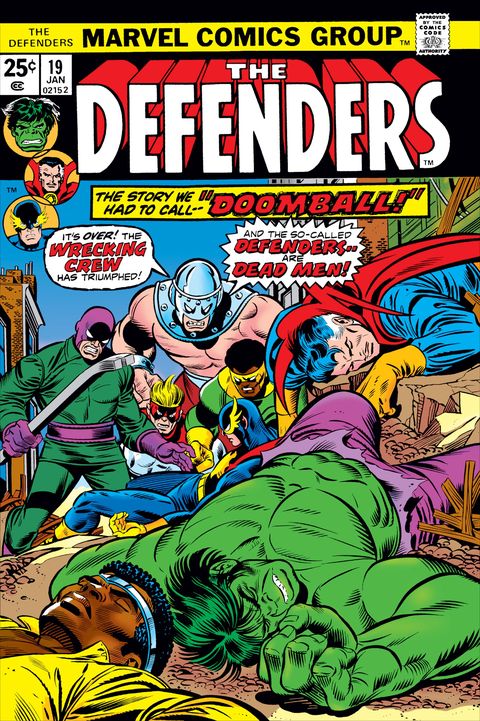 The Wrecking Crew, believe it or not, have a long-standing history in the Marvel Comics. They almost always appear as part of a team, and generally consist of four construction-themed villains: the Wrecker, Bulldozer, Piledriver and Thunderball. They first appeared in The Defenders #17 back in 1974. Oddly, they are most often a villain of Thor (Wrecker, their leader, hates him). 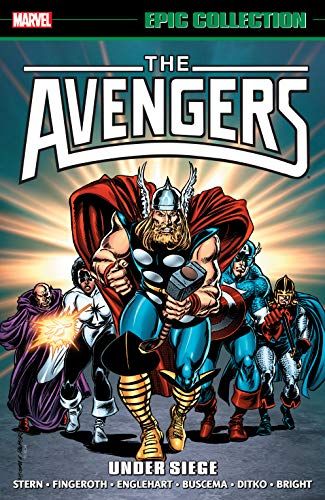 While the Wrecking Crew have generally been a part of Marvel Comics storylines—as minor, not-much-of-a-threat-supervillains—for nearly 50 years, they do have a handful of standout moments. First, their origin: in the comics, they have powers. Dirk Garthwaite—the Wrecker—was a violent criminal who was mistaken for Loki and gained powers from Karnilla the Norn Queen. Classic mix-up. He was in prison with Dr. Eliot Franklin, Henry Camp, and Brian Kalusky, and all four men retrieved the enchanted crowbar. While all were touching it, it was struck by a lightning bolt, and turned the quartet into the Wrecking Crew. They escaped from prison and were promptly defeated by Luke Cage and the rest of the Defenders. Very low level stuff.

Two other notable moments of Wrecking Crew past: in the famous Avengers: Under Siege storyline, they storm the Avengers compound with the Masters of Evil (led by Baron Zemo) and nearly beat Hercules to death (they are, of course, eventually defeated).

To tie things up with where we first started, however, it’s worth noting that the Wrecking Crew were forced to become part of the Thunderbolts program during the Civil War storyline and its many tie-ins. Interesting! Probably nothing, but interesting!

This article was originally published by Menshealth.com. Read the original article here.
Previous Post CDC Votes to Allow Use of Omicron Vaccine Boosters
Next Post How to Parent a College Student