When Brokeback Mountain was released in 2005, it did what very few same-sex love stories had achieved before: it garnered massive mainstream success and became one of the most talked-about films of that year, winning three Oscars and cementing its place in the pop culture canon. That success hinged on the central romantic relationship between Heath Ledger’s Ennis and Jake Gyllenhaal’s Jack—but as director Ang Lee recently recalled, the two actors brought very different approaches to their characters, and it wasn’t always plain sailing on set.

“When it came to Jake, Heath had a very different attitude towards their work,” Lee told Empire. “Sometimes there was friction – not quarreling, but a clash of styles… “Sometimes I would mediate that, but they were both good in different ways. They would always make the effort to find a way through.” 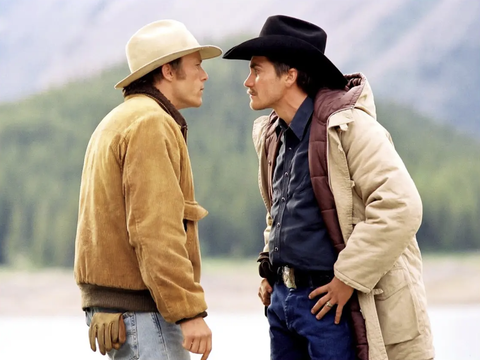 Ledger’s co-star Gyllenhaal has previously spoken about what the story of Brokeback Mountain meant to Ledger, and how he hated homophobic jokes that were made at its expense once it became a ubiquitous reference point in entertainment.

“I see people who have joked with me or criticized me about lines I say in that movie—and that’s the thing I loved about Heath. He would never joke,” Gyllenhaal said in 2019. “Someone wanted to make a joke about the story or whatever, he was like, ‘No. This is about love.’ Like, that’s it, man. Like, no.'”

This article was originally published by Menshealth.com. Read the original article here.
Previous Post Meno-Pausing
Next Post Knee replacement recovery is an all on thing